Are you looking for a fun and creative DIY slime recipe? This is the ultimate list of homemade slime recipes! Your kids will love each and every one of these!

This site contains affiliate links. If you make a purchase using one of these links, I may earn a commission. Please visit my disclaimer page for more information about cookies collected and our privacy policy.

Slime is so much fun for kids!

Sensory activities and toys are excellent for helping children to focus their attention, relieve stress, and to release bound energy!

These slime recipes will help to stimulate your chid’s senses!

These sensory slime recipes will help children to focus and to relieve stress and anxiety, as well as to develop fine motor skills ,etc.

You can find additional sensory activities for kids here!

How To Make Slime

Let’s dive in and check out some great recipes to make your own homemade slime! 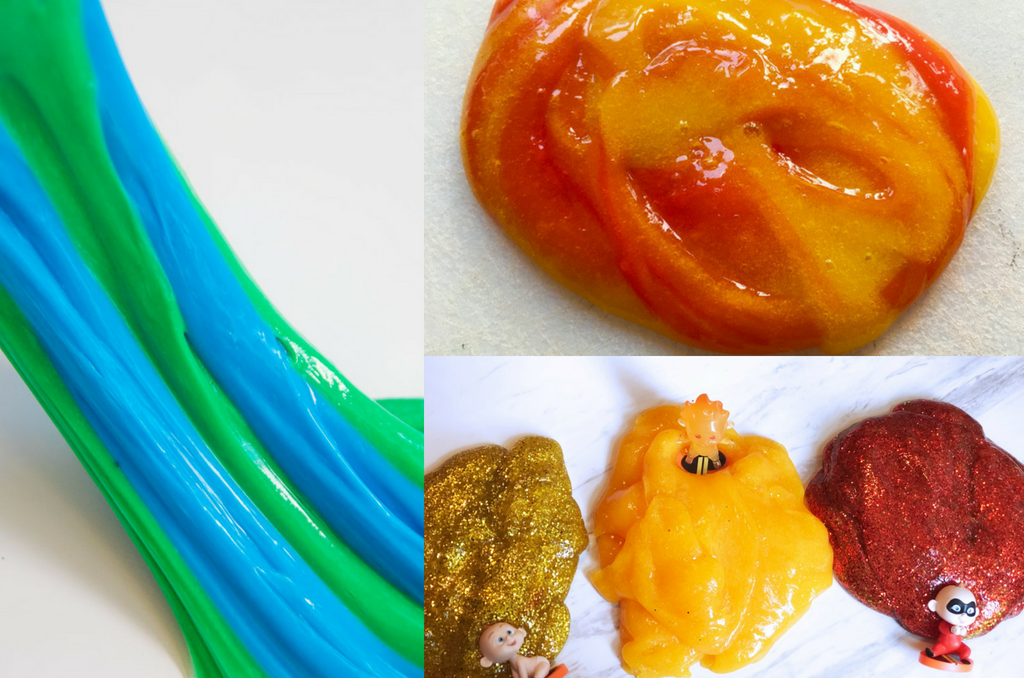 This bright multi-colored slime is loads of fun! Play with it by itself for sensory fun or use it with other toys for imaginative play!

The incredibles is a super fun movie that should definitely have its own slime:) And what better than slime to represent Jack Jack?! 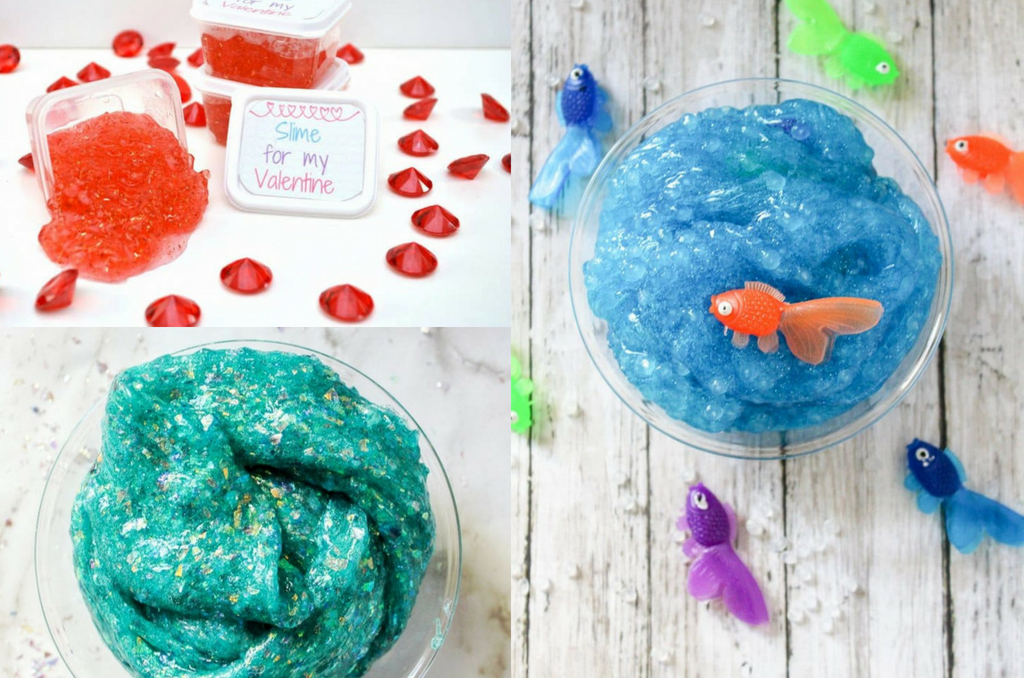 This mermaid slime is sure to be a hit with any little girl! I think that I would like to play in this slime as well;) What a beautiful color!

Under The Sea Ocean Slime

This under the sea ocean slime is great to play with toy ocean creatures! Sensory fun meets imaginative fun with this cool colored slime:)

Give some slime to your valentine with this festive slime! Put in containers marked with these cute labels for a great gift! 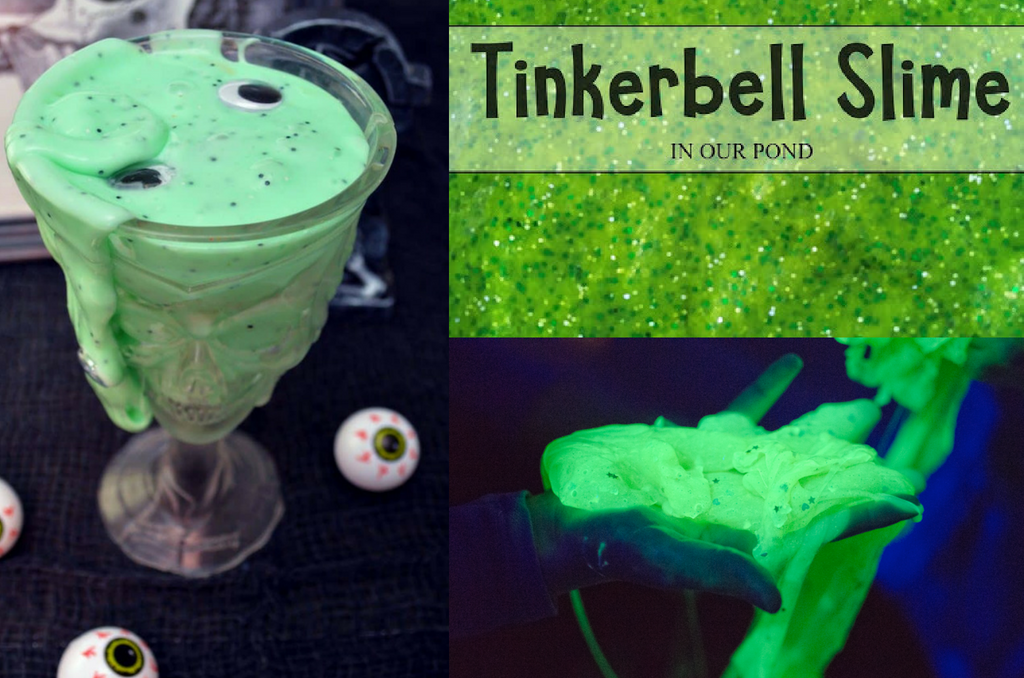 Halloween wouldn’t be complete without some slime! Try this monster slime for decoration and play.

Scented Glow in the Dark Slime

Another slime to go with a Disney classic! Tinkerbell slime is a must try! 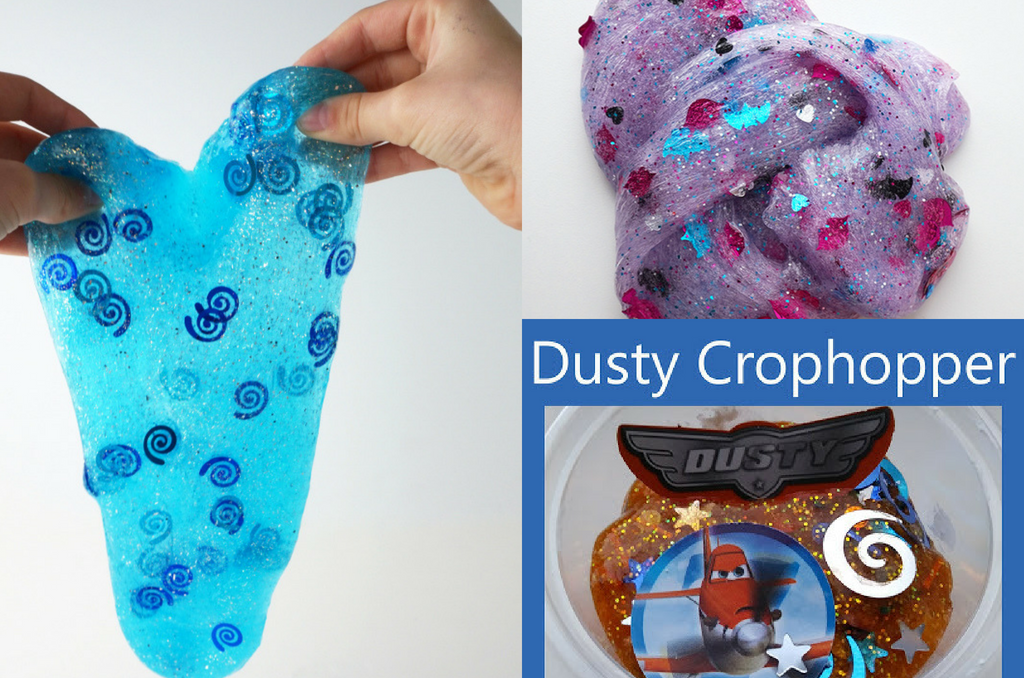 This glittery slime will be a hit with all the boys!

We love Moana at my house! Which is why we created the Moana Sensory Bin! This slime will make a great addition to our Moana play:)

If your child is a Monster High fan then they will love this slime! 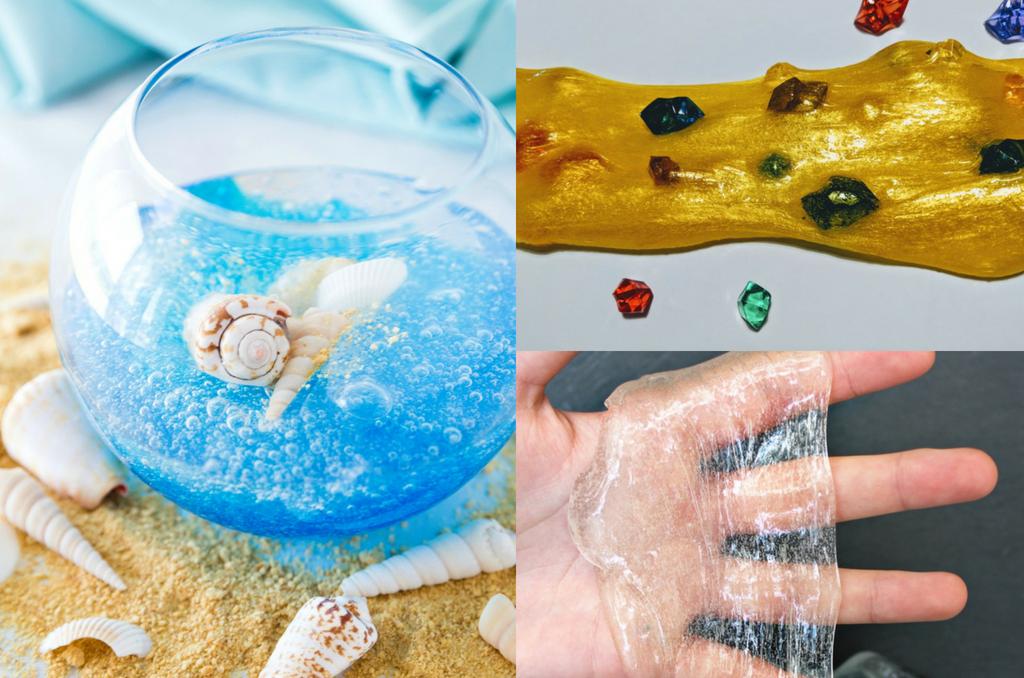 This brightly colored jeweled slime will be loads of fun whether you are an Avengers fan or not!

This ocean slime is such a beautiful shade of blue! And the bubbles make it look like it’s really under the sea:)

This clear slime is a great base slime to add in whatever sensory items you would like! 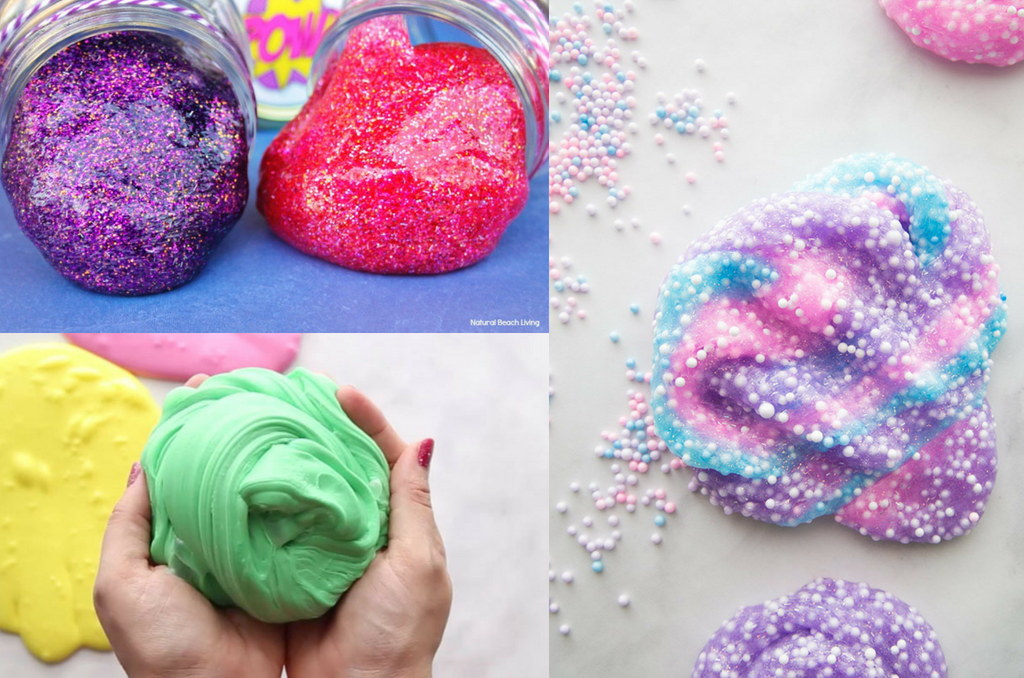 Superhero glitter slime is vibrant, glittery and lots of fun!

This slime looks so creamy and smooth! Definitely a slime recipe to try.

This floam slime is the ultimate sensory experience! And the colors are so pretty and soothing as well. 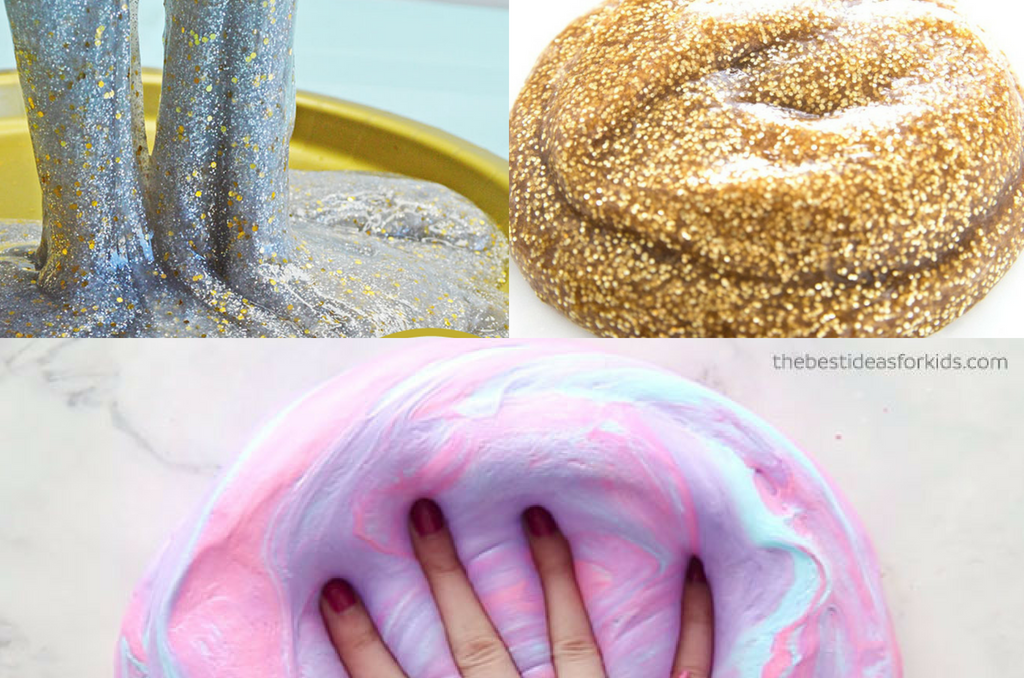 Another great fluffy slime! This slime also looks to be very smooth and fun to squish in your hands. I think this one will be a big hit at my house!

This looks like a great slime to make around the holidays! Why stop with gingerbread cookies? Add some gingerbread to your sensory play as well:)

This sparkly silver slime is very bright in addition to being stretchy and gooey. A fun slime recipe to make! 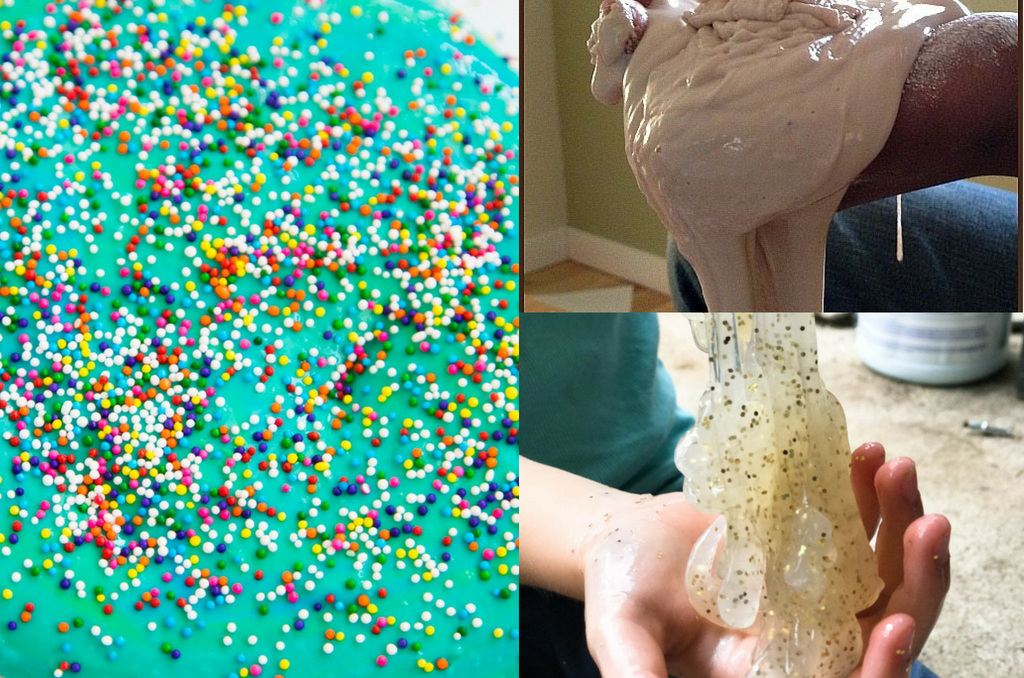 How to Make Slime

This chocolate milk slime is lots of ooey gooey fun!

I love the color teal, so this slime really appeals to me. And with the sprinkles added it looks like birthday cake, so I’m in;)

More sparkly fun! This gold glitter slime is another great recipe to try! 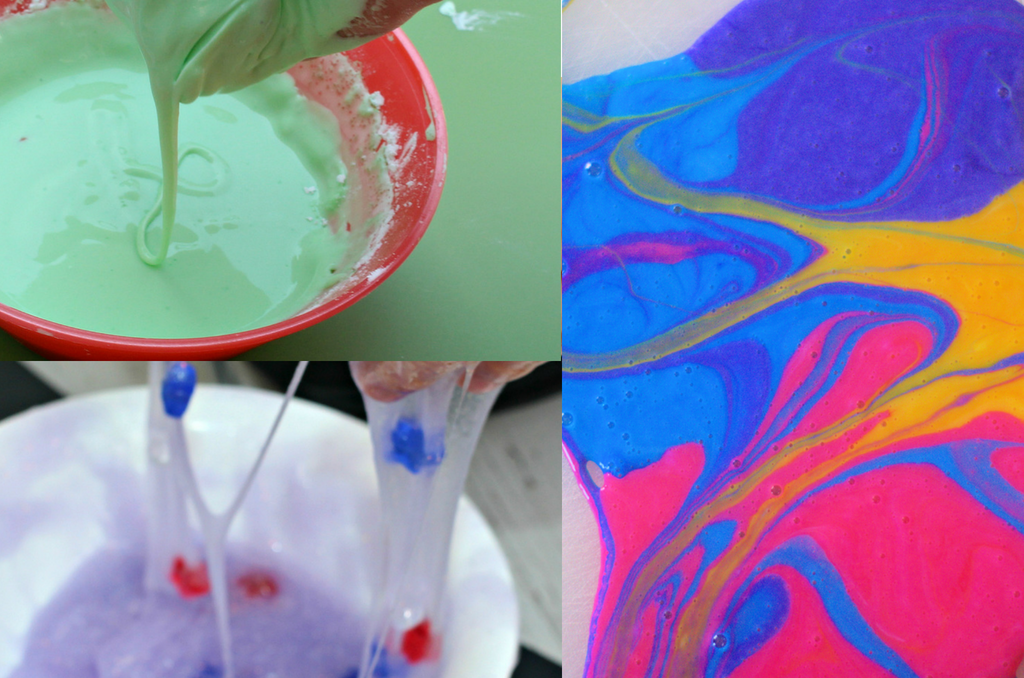 This is some brightly colored slime! All of these colors combined are sure to catch your child’s attention!

Edible slime?! That’s right! I love the idea of edible slime, and this jello slime looks like lots of tasty gooey fun! 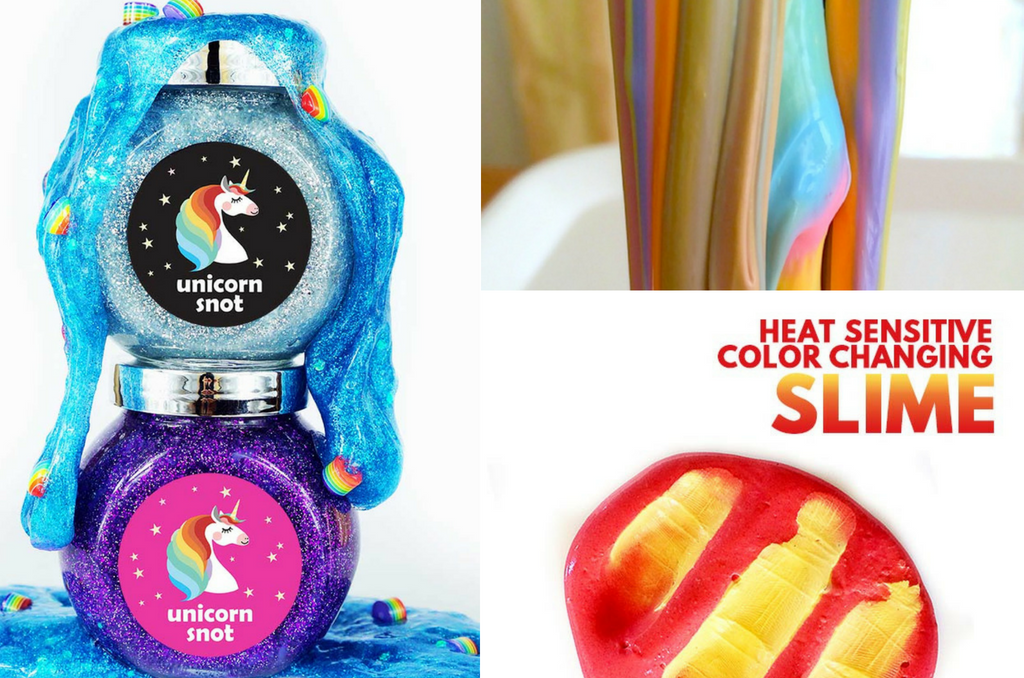 This is just amazing to me! Not only does this slime look like fun to play with, but what a great science experiment for kids! Learning and fun all at once:)

This unicorn snot slime is lots of colorful slimey fun!

This sunset slime is full of lots of beautiful colors. Make the sunset come to life with this sensory slime! 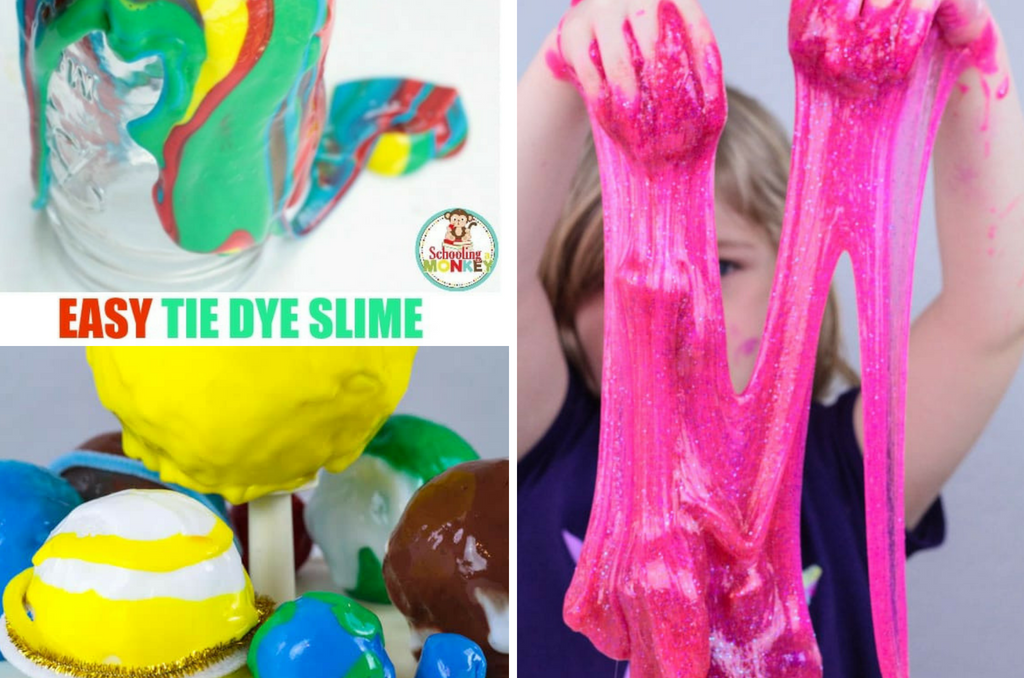 For the LOL Doll fan, check out this fun LOL Doll slime!

Chicka Chicka Boom Boom, will there be enough room? I love this sensory activity for a classic children’s book! You definitely need to make this slime!

I love the idea of a slime kit gift! This is a great idea! What child wouldn’t love getting a DIY slime kit as a gift? This would also make a great idea for party favors as well! 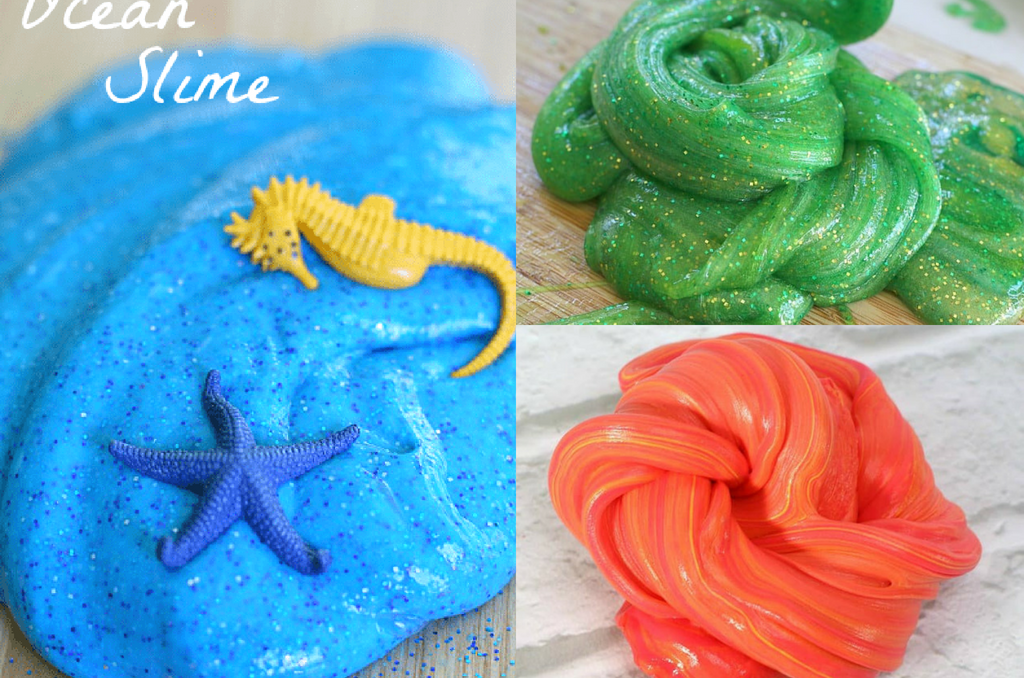 Model magic is something that my kids have always loved to play with. But did you know that you can turn it into slime?!

This vibrant green jungle slime is a great slime to include in imaginative play with jungle animal figurines!

Another great imaginative play slime! Mix in your sea creatures for great under the sea fun!

This wow slime is the perfect slime recipe! Smooth, bright and glittery!

How to Make Slime Without Borax

Looking for a great contact solution slime? Try this recipe!

A great slime for Christmas! How cute is this Christmas fluffy slime idea?! 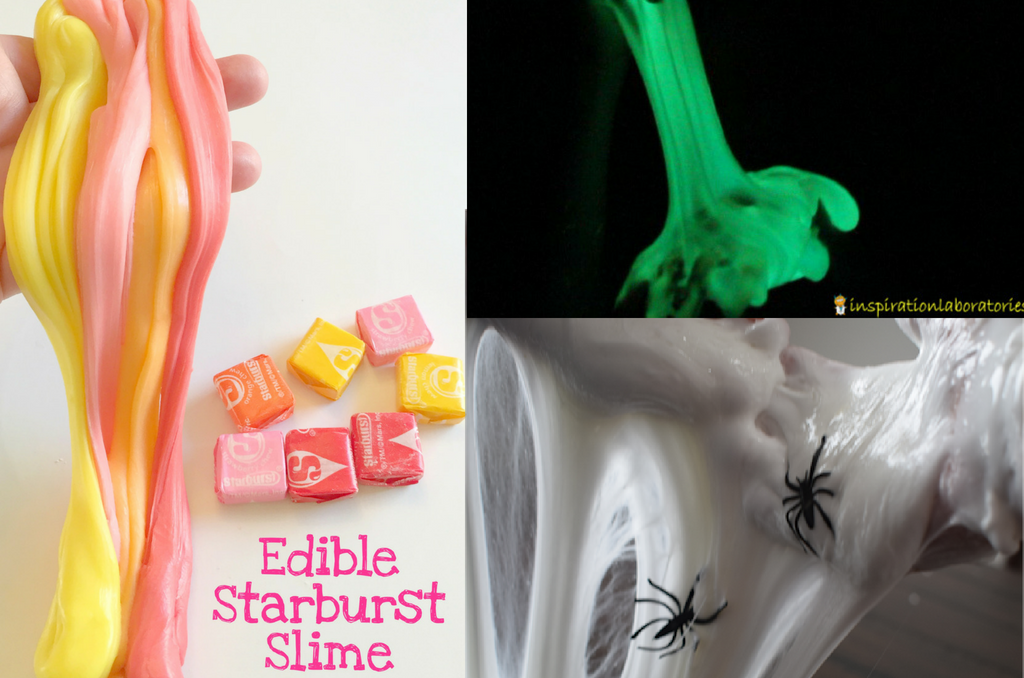 Halloween wouldn’t be complete without some spider slime! Whip up this scary gooey slime for your halloween party!

Glow in the Dark Slime

Another great slime that is not only fun but a learning experience as well! Glow in the dark slime looks like lots of fun! And this would also make a great addition to a halloween party!

Another edible slime! This stretchy slime is made using starburst! 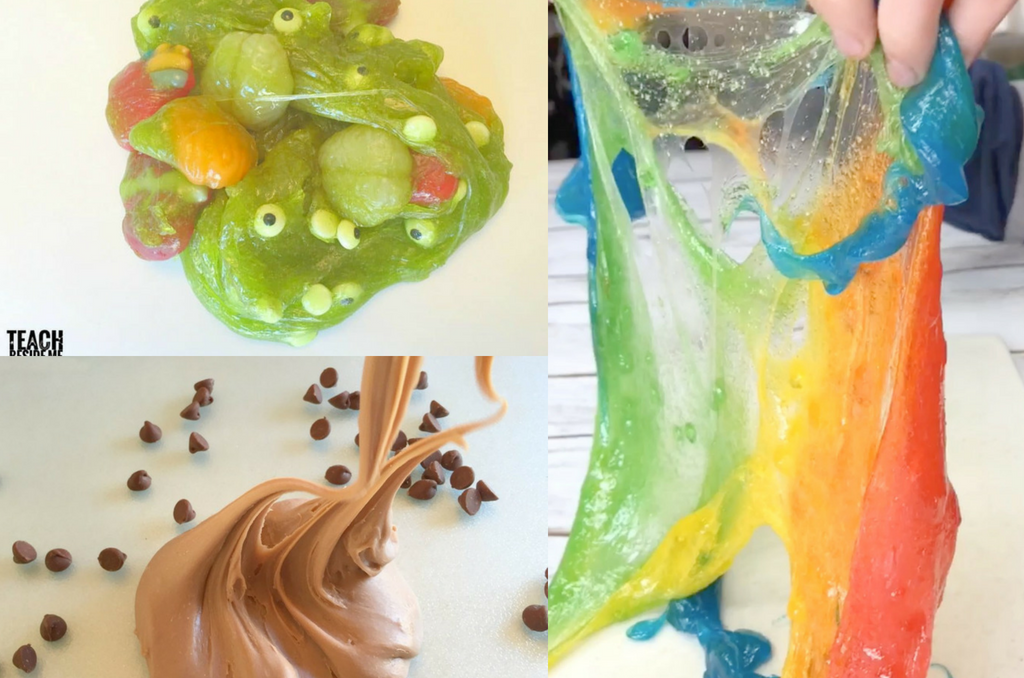 First they’re sour then they’re sweet;) Then they are stretchy! Use sour patch kids to make edible stretchy slime!

Chocolate is always a hit in my house:) So the idea of chocolate slime really appeals to me. This is definitely a recipe that my kids would like!

This edible witches brew is another great halloween slime addition! I’m picturing this slime in a black cauldron that kids have to stick their hands in;) 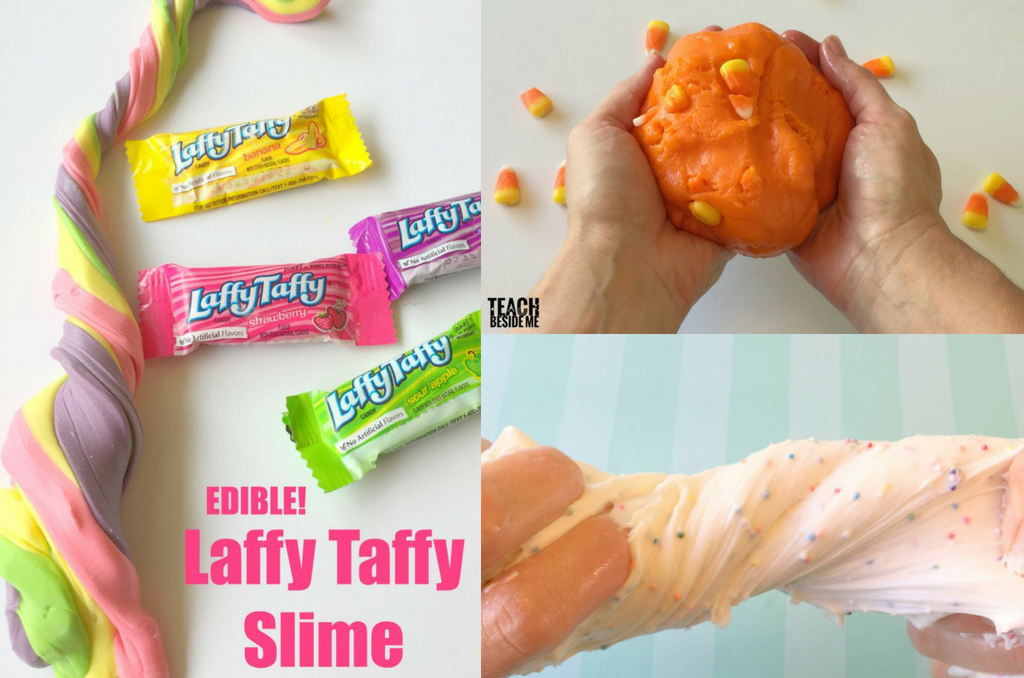 Candy corn is the ultimate fall candy! What a great idea to make slime out of it!

Laffy Taffy is another candy that usually winds up in halloween baskets. And not one that I particularly like my kids to eat:) So why not turn it into slime?! They can still enjoy it without having to eat it all!

I’m not going to lie, marshmallow slime looks pretty tasty! It takes me back to my childhood days of marshmallow fluff sandwiches;) 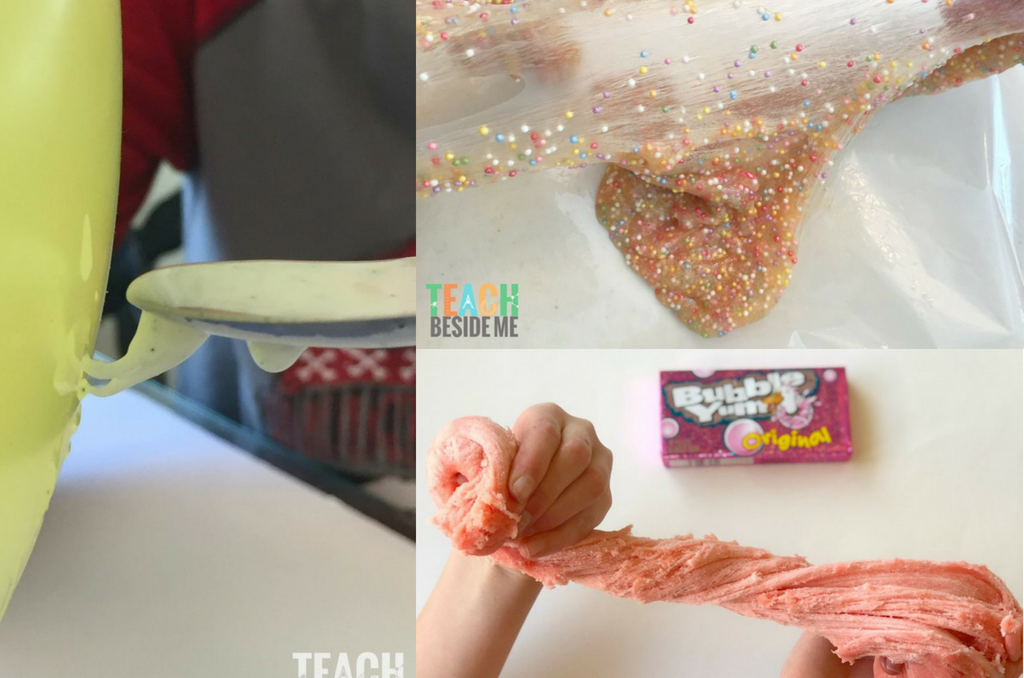 Gummy bears are another great candy to turn into slime! Who knew that candy made such great slime?!

Bubble gum slime! Why didn’t I think of that?! This is definitely a must try slime recipe!

Now this is just too cool! Slime that moves towards objects?! Yes please! 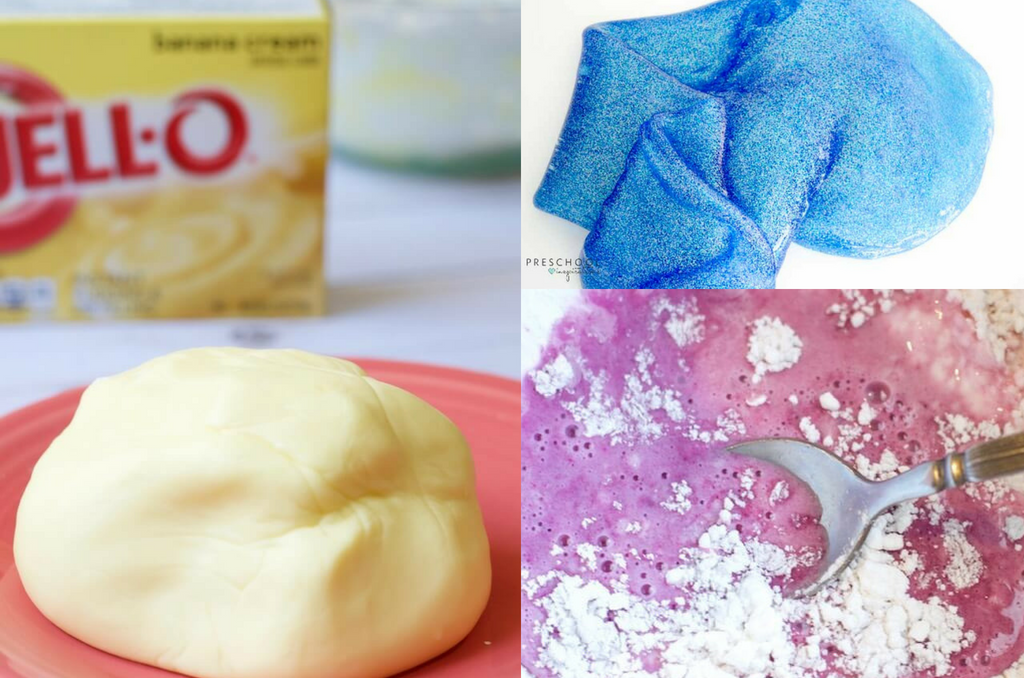 How To Make Perfect Slime

This is the perfect slime! Stretchy, squishy, bright and glittery, and no bubbles!

Grab a box of pudding and make slime! Edible slime is a great slime for little ones that like to taste everything;)

Another color changing slime that is edible! 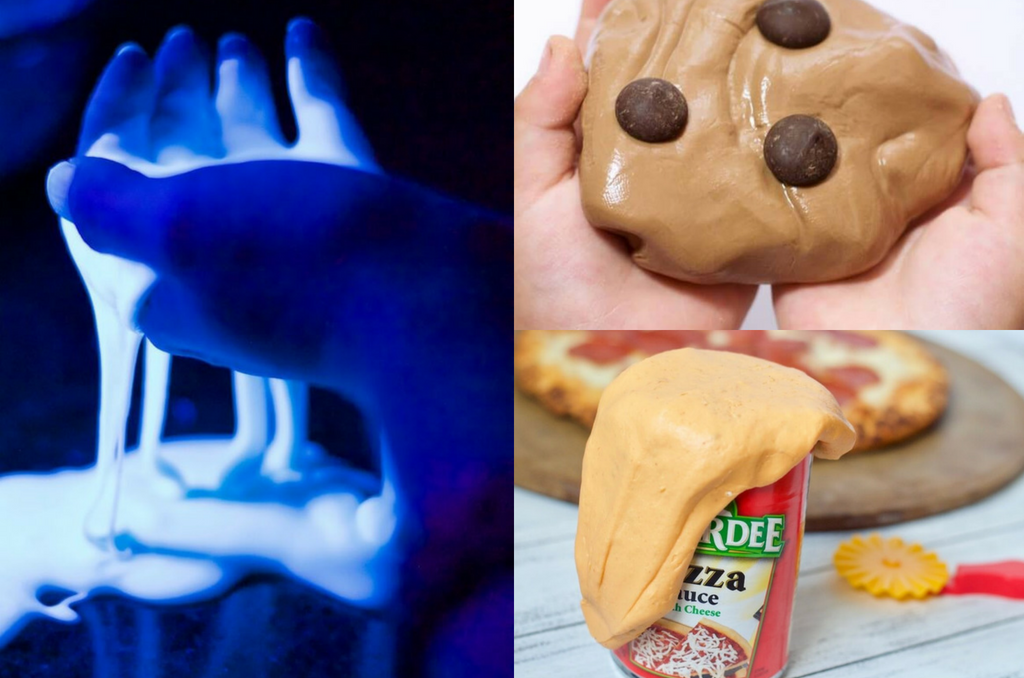 More chocolate slime! Try both recipes to see which one you like best.

This is very creative! Move over dessert slimes, pizza is here!

A glow in the dark slime that is taste testing safe! 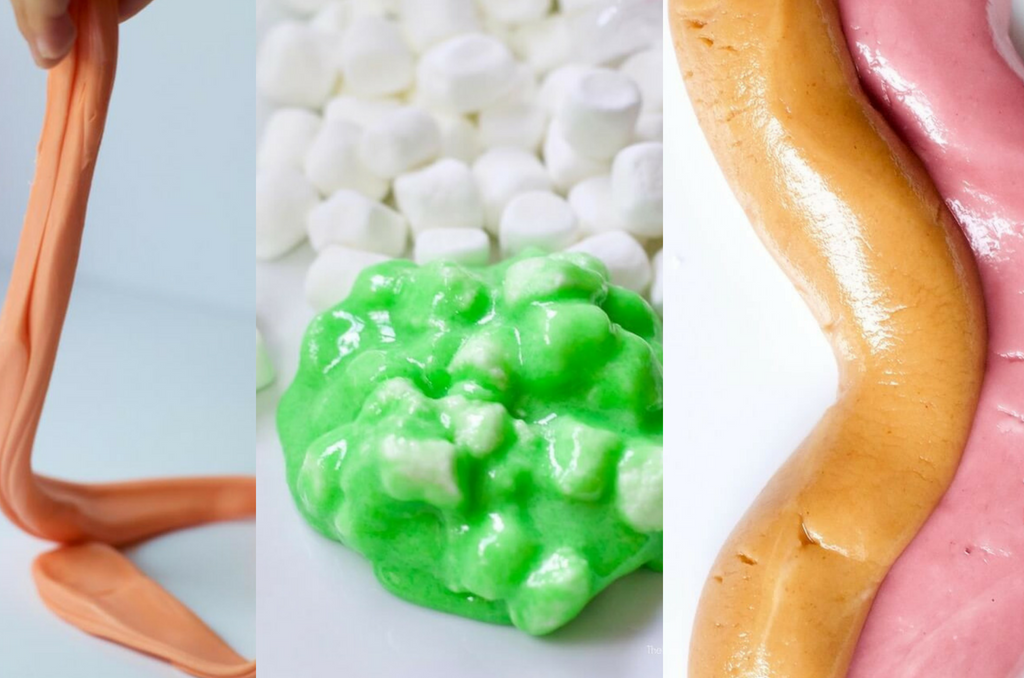 This ooey gooey floam slime is edible and a great sensory experience!

Peanut butter and jelly slime is a great idea! Turn a childhood favorite into a fun activity that is also edible! 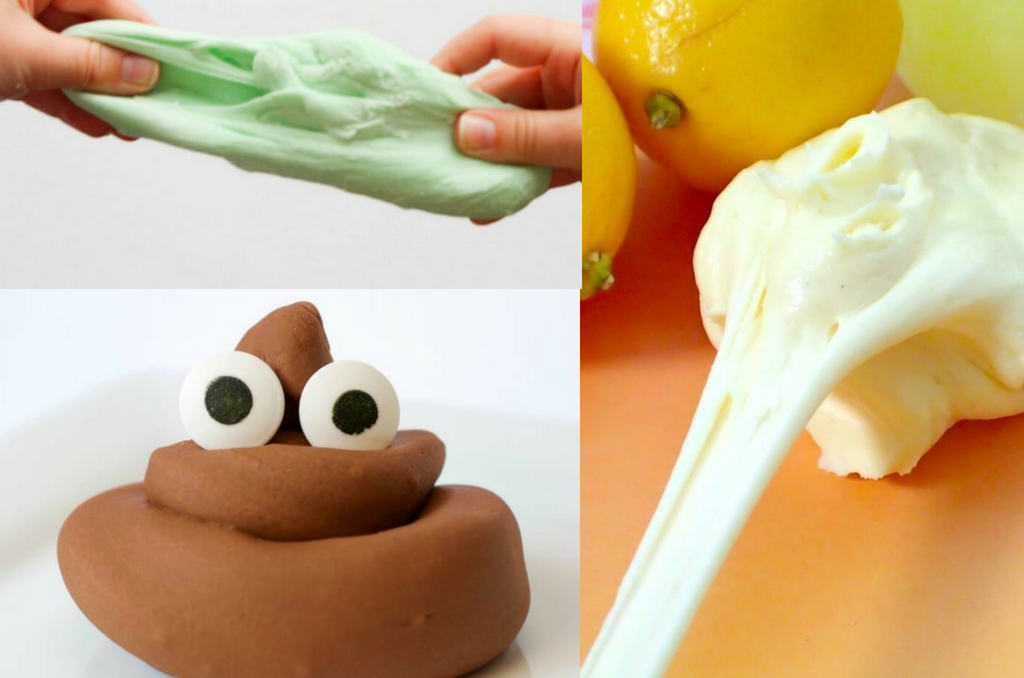 This is a great summertime slime to make! And it’s edible, which makes it even better:)

Emojis are all the rage! And the poop emoji is one of the most popular. Try this edible chocolate poop emoji, your kids will love it!

Another gummy bear slime recipe that your kids will love! Try them both to see which one is your favorite! 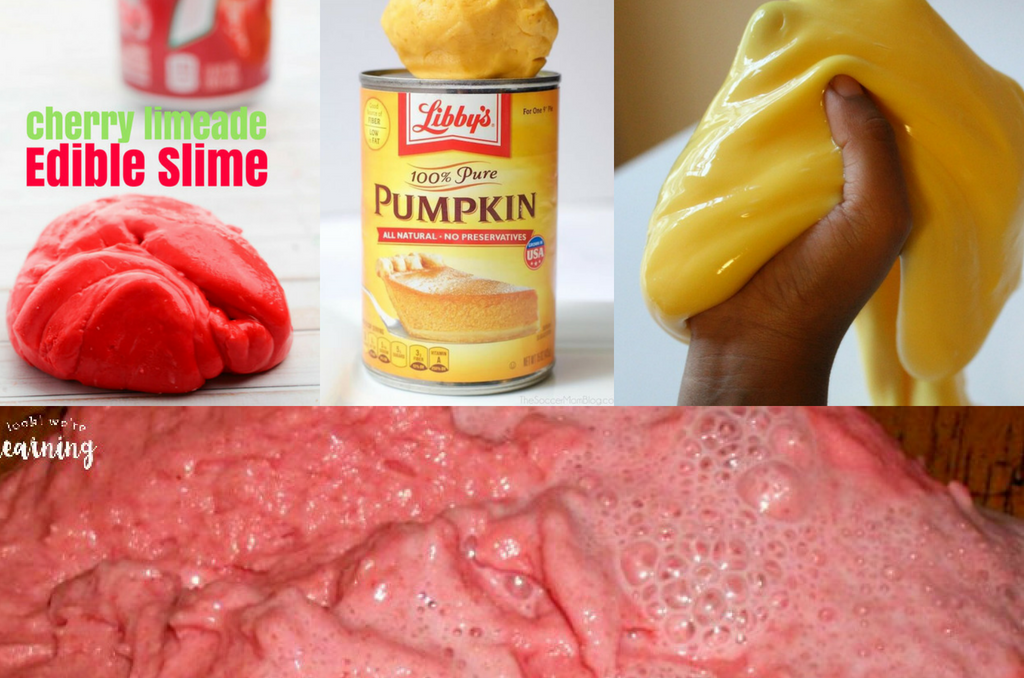 Cherry limeade edible slime is a bright vibrant slime that is safe to taste.

This fizzy scented slime is great for sensory stimulation!

This DIY Flubber looks like a great slime recipe!

And that is 70 DIY slime recipes! I hope you enjoyed the ultimate list of slime:) Be sure to let me know which ones are your favorites!

And be sure to pin it for later! 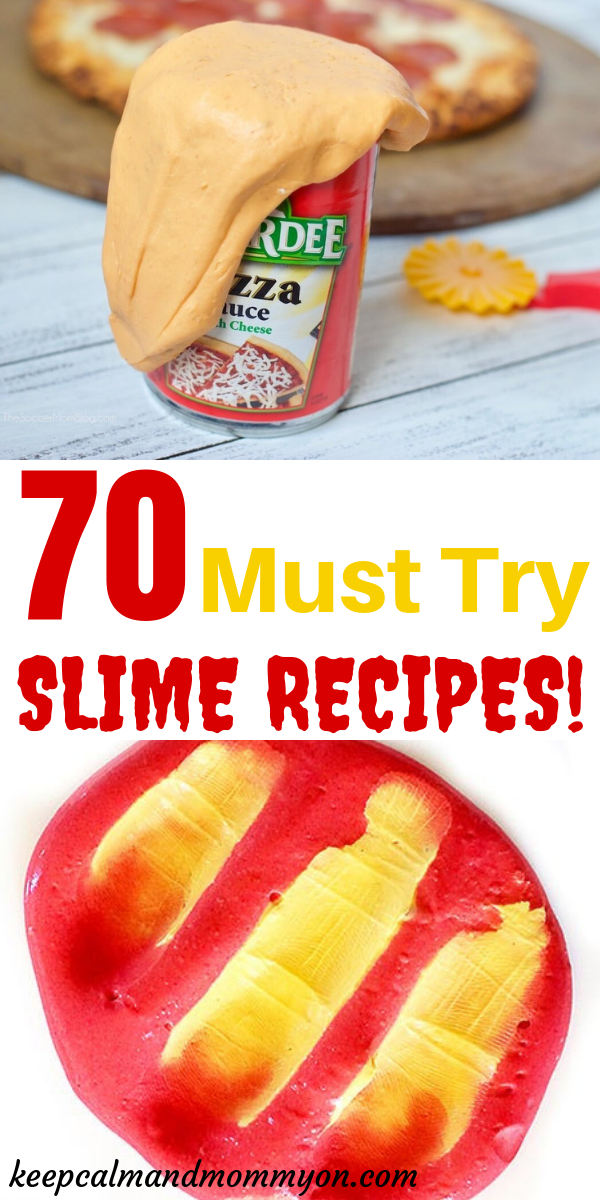 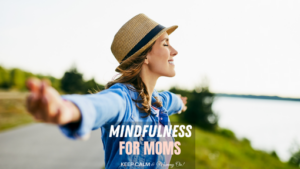 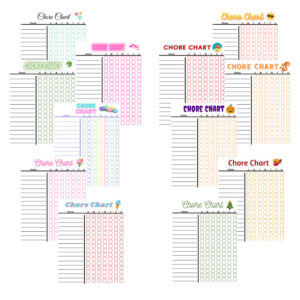